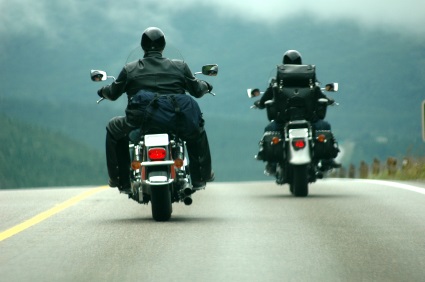 Motorcycle Accidents: How Rampant Are They in the U.S.? Personal Injury Lawmotorcycle accident lawyer, motorcycle accidentsDella Shaker Motorcycle Accident in U.S. Motorcycle mishaps are some of the most common types of accidents that people encounter on the roads. Although they dont always happen as much as the typical car crashes we see and hear from the news, they are actually more dangerous. Considering how the two-wheeled vehicle requires great control on the part of the rider, and how the rider is not protected like an occupant inside a car, makes motorcycle accidents more likely to result in serious or fatal injuries. In fact, according to the federal government, the number of deaths in motorcycle accidents per mile traveled was 30 times than the number of car accident deaths in 2011. Even though there has been a decrease in terms of motor vehicle accident deaths in the U.S. for the past few years, the same cant be said in the more specific types of road mishaps, including those involving motorcycles. In the latest National Highway Traffic Safety Administration (NHTSA) statistics, at least 4,667 motorcycle occupants were killed in 2012; 64 more than the previous year. From 2005, motorcycle accident deaths accounted for about 10 to 14 percent of all motor vehicle fatalities in the U.S. The statistics alone proves how motorcycle mishaps are rampant on the nations roadways, including California. Indeed, motorcycles pose a significant risk to riders and the passengers who ride along with them, especially when considering the fact that they are less visible on the road. The lack of helmet use also plays a big role as to why they commonly happen; by not wearing helmets, riders are 3 times more likely to suffer serious to fatal injuries in the event of an accident. The victims, for the most part, suffer minor to serious injuries, depending on the severity of the accidents impact on them. While there are those who manage to survive with only cuts, bruises, and concussions, there are those who unfortunately suffer long-term disability, especially since motorcycle mishaps may result in fractures. Causes of deaths in these kinds of motor vehicle accidents are often due to the head injuries the victims sustain, which often lead to further debilitating complications, such as paralysis and coma. However, the recovering victims and/or their families must know their legal rights. Apparently, under personal injury laws, those who have been involved in motorcycle accidents can seek damages from the persons or entities deemed responsible for what happened to them, as long as they can prove the latters liability. For them to greatly improve their chances of getting compensated for the damages they incurred in the accidents, they must be able to hire a motorcycle accident lawyer in California. Obtaining the services of a lawyer for motorcycle accident will help victims and their families a lot, especially since they are capable of establishing the fault of the liable parties. The specialized attorney will help in collecting and preserving pieces of evidence to prove the other parties fault in the accidents. If the legal counsel successfully does so, then the victims and their families can receive compensation that would cover their losses, from medical expenses, lost wages and future income, pain and suffering and other non-economic damages.